Maintenance Tips for Your Window Film 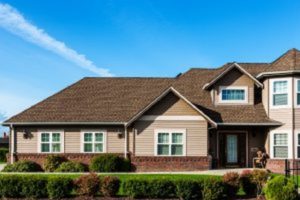 Investing in window film for your home is a great way to give it a nice look and save some money in the long run. Once you have the window film installed, caring for it isn’t the same as caring for regular windows. Here are some maintenance tips for your window film to give it the longest lifespan possible.

When you first put a window film on your windows, you may notice that there is a fogginess present in the film. This is normal and not something to be concerned about, as it will disappear on its own in just a few days. This fogginess comes from the moisture that is left in the film after it is installed.

Window film is actually easier to clean than glass because it is less porous and doesn’t accumulate dust and dirt as quickly as glass does. This means you won’t have to clean your window film as often as your would standard glass windows. You can use a simple mild dishwashing soap and water to clean the film. Be sure to only use soft cloths to clean the window film to avoid scratching it.

Window film is relatively low maintenance and there is nothing that you are required to do for it to work the way it is supposed to. However, to keep it in the best shape for as long as possible, you can use a polish every now and again to leave your window film looking fresh and new. A silicone polish also helps to prevent the film from getting scratched.

If your window film has an adhesive tape applied to it, you simply just peel it off as if it was on the glass itself. There may be some adhesive left behind on the film. This can easily be removed with a soft cloth and mineral alcohol. Acetone can also be used to help remove the excess adhesive.

American Solar Tinting has the expertise and equipment to keep your home or business decorative and beautiful with window film. We have almost 60 years of experience serving our wonderful customers without the Maryland and Washington, D.C. area.  We offer a variety of solutions for you, whether you need residential window or glass tinting, logo graphics, or security films. For more information on how we can help you and your business, contact us online or give us a call at 1-800-969-0100. For more tips and tricks for your home and business, follow us on Facebook, Twitter, Google+, YouTube, and Pinterest.

This entry was posted on Friday, July 20th, 2018 at and is filed under American Solar Tinting . You can follow any responses to this entry through the RSS 2.0 feed. You can leave a response, or trackback from your own site.