The Benefits of Tinting Office Windows 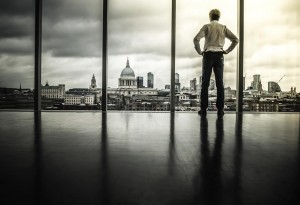 Have you ever noticed how many windows are in most modern office buildings? Lots and lots of windows! The Empire State Building, for example, has 6,500 windows. Wow! Smaller office buildings obviously have fewer windows, but one thing is for certain; architects love windows. And while these windows often make for a stunning building (Hello, curb appeal!), they can cause a few problems as well, namely lots of glare and little privacy.

The Benefits of Tinting Office Windows

Computer screens and direct sunlight do not mix. Commercial window tinting can help reduce glare and thus improve productivity. according to studies, productivity will increase when glare is reduced by almost 85%.

Commercial window tinting can help stabilize your office temperature and keep your employees happy, healthy, and productive. According to a Cornell University study, employee productivity is at its highest when office temperature falls between 70 and 73 degrees. Productivity, however, takes a dive when temperature drops below 63 degrees or climbs above 82 degrees.

According to estimates from the U.S. Department of Energy (DOE), your windows account for as much as 40% of your annual heating and cooling costs. Yikes! Tinting office windows can help reduce energy costs for the averagebuilding by 5-15%.

Security film can be used to protect glass from shattering under extraordinary circumstances, protecting windows from breaking during earthquakes, hurricanes, and bomb blasts. While not typically used in residential homes, large commercial structures, especially in areas prone to stress from the elements or attacks by heavily armed vandals and terrorists, can greatly benefit from security film’s added protection. Click Here to learn more.

American Solar Tinting, Inc. is a factory authorized dealer of Vista® and LLumar® window films, the highest quality solar tinting products available. We are licensed, bonded, and insured and has served over 46,000 satisfied customers in Maryland, Virginia, and Washington, DC since 1958.

We specialize in custom window and glass tinting, logo graphics and decorative films, and safety and security films.

This entry was posted on Tuesday, March 17th, 2015 at and is filed under Blog, Maryland Window Tinting . You can follow any responses to this entry through the RSS 2.0 feed. Responses are currently closed, but you can trackback from your own site.