The Effects of Glare on Office Productivity, How Window Tinting Can Help

Glare is a productivity killer in an office. Window tinting can be utilized to help your employees become more efficient and stay healthy.

Did you know that glare is actually a productivity killer in an office?

You may think that tinting windows is just for your 16-year old nephew who got his first car, but window tinting can be utilized in an office to help your employees become more efficient and stay healthy. END_OF_DOCUMENT_TOKEN_TO_BE_REPLACED 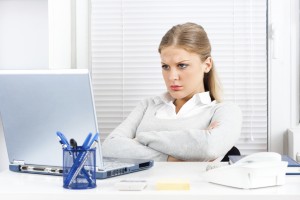 According to a Cornell University study, employee productivity is at its highest when office temperature falls between 70 and 73 degrees. Productivity, however, takes a dive when temperature drops below 63 degrees or climbs above 82 degrees.

Chances are, your employees often have to be at their computers for the majority of the day. And while natural light is great, it can also cause annoying glare, which can negatively affect productivity. Commercial window tinting, meanwhile, can reduce glare by up to 87%, allowing your employees to work at their computers without interruption. Hello, increased productivity!

With window tinting, you can still reap the benefits of natural light while getting rid of distracting glares.

American Solar Tinting, Inc. is licensed, bonded, and insured and has served over 46,000 satisfied customers in Maryland, Virginia, and Washington, DC since 1958. We specialize in custom window and glass tinting, logo graphics and decorative films, and safety and security films.