Why We Love Airplane Window Tint 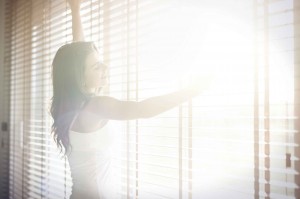 The prospect of traveling with tinted windows!

As of now, there still isn’t any way to make air travel faster than it already is. This means that many companies are taking the focus off the length of travel, and looking more closely, at how the experience can be improved. So the airplane chefs of the world are making meals more appetizing and the in-flight entertainment is becoming a little better in quality. But a French company, Vision Systems, says that it will be focusing its innovative efforts toward the airplane windows, instead.

Vision Systems has said that the shades typically used to block out the sun while you’re flying high in the sky are just unattractive and unnecessary. Their view is that the right way to help passengers keep the sun from their eyes is to construct windows that have the ability to transition from transparent to opaque by using microscopic particles in the actual window panes. These particles would have to be stuck between layers of glass, and when the right voltage is applied to the film, the particles would align to let light through.

The idea behind the airplane tint is to also assume that they will darken upon landing when the velocity changes. Vision Systems says that these windows will have the ability to reduce cabin temperature by as much as 18 degrees. When the temperature is naturally decreased, the airline is afforded the ability to reduce air conditioning usage, eventually saving a substantial amount of money.

Great for the Cockpit

This technology can be applied the cockpit as well. Pilots will finally have a chance to remove those aviator glasses and fly comfortably into the morning sky. Vision Systems is working on an “active-vision window concept”. This combines particle tech with a video display, which passengers can use to flip on an interactive map, see flight information, or even communicate with the crew. The idea, Vision Systems says, is to “enhance the value of the window seat.”

We may not tint airplane windows quite yet – But as a factory authorized dealer of Vista® and LLumar® window films, we provide our customers with not only the highest quality installations but also the highest quality products. Our solar tinting is professionally installed with no mess, no hassle, and minimal disruption.

This entry was posted on Friday, August 26th, 2016 at and is filed under American Solar Tinting, Commercial Window Tinting . You can follow any responses to this entry through the RSS 2.0 feed. Responses are currently closed, but you can trackback from your own site.