The Effectiveness of Solar Window Film 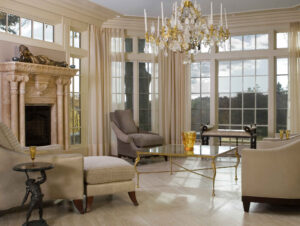 Solar window film benefits residences and commercial establishments in many ways, making them more energy efficient, comfortable, and private. When you think about a home, office, high-rise, or large commercial property with many windows, they imitate a large solar panel. When you apply a high-quality solar window film to all the glass in these windows, you create an energy-efficient environment that can absorb or reflect the sun’s heat and solar rays year round. Here is more information on the effectiveness of solar window film and its history.

When Was Solar Window Film Invented?

The year was 1966. The Minnesota Mining and Manufacturing Company (which changed its name to 3M in 2022) earned the original solar control window film patent. Initially, window film was dye-based. After prolonged sun exposure, these films would turn purple and have a bubbly texture due to the sun’s heat absorption rejecting the film. As a result, solar window film did not last long.

Additionally, the 1973 Oil Crisis, where the Organization of Arab Petroleum Exporting Countries (OAPEC) enforced an embargo resulting in a fuel shortage and high gas prices, caused window film to become popular as a solution to trap heat within a space. The energy crises of the 1970s resulted in home and business owners seeing the value and eco-friendliness of window film.

Then, in the 1990s, metallic window film emerged. Its benefit is that it didn’t alter the color of the window you applied it to, but it interfered with electronic devices and car radios. Additionally, it only blocked up to 50% of heat.

Therefore, today ceramic window films are the high-quality material of choice. The film we offer at American Solar Tinting blocks up to 80% of the heat. Solar window film has other benefits besides being environmentally friendly and making a home or business cooler.

This content only briefly summarizes the effectiveness of window film. Contact American Solar Tinting today if you’d like to learn more information and whenever you’re ready to create a more energy-efficient home or business.

This entry was posted on Friday, September 9th, 2022 at and is filed under Residential Window Tinting . You can follow any responses to this entry through the RSS 2.0 feed. You can leave a response, or trackback from your own site.