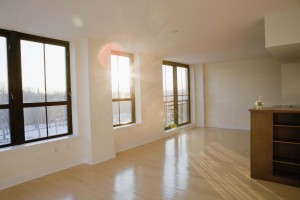 At American Solar Tinting, our goal is to provide our customers with the best in window films. That is why we have partnered with LLumar Window Film. We are an authorized dealer and applicator of LLumar products to guarantee the best for our residential and commercial customers. With LLumar, we are able to offer solar control window films along with decorative window films for both commercial and residential use. So what exactly does it mean when we say we partner with LLumar?

For over 55 years, LLumar has worked hard to become one of the highest acclaimed manufacturers of window films. They strive to help customers become more energy efficient while living and working in comfort with our window films. At LLumar, window films are made to protect from the ultraviolet rays and heat of the sun while lowering cooling costs for both residential and commercial consumers. Homeowners have saved up to 40% and commercial customers have saved up to 15% on their energy bills. LLumar is constantly improving their products to meet the needs of their customers. LLumar has worked on several commercial case studies such as:

By partnering with LLumar, American Solar Tinting Inc. has only furthered their reputation for offering the best products for our long term customers. Choose from several styles of decorative film for your windows and glass throughout your house or decide which solar film is best to save you the most money. Commercial consumers can use the Energy Savings Calculator by LLumar to determine which solar film is best for their commercial buildings.

ASTIC is locally owned and serves the areas of:

We are located in the Corporate Offices at 5917 Liberty Road in Baltimore, Maryland. To get started with your new window filming using LLumar Window Film, call ASTIC at (800)-969-0100 or click here. Make sure to follow ASTIC today on Google+, Pinterest, Twitter, and Facebook.